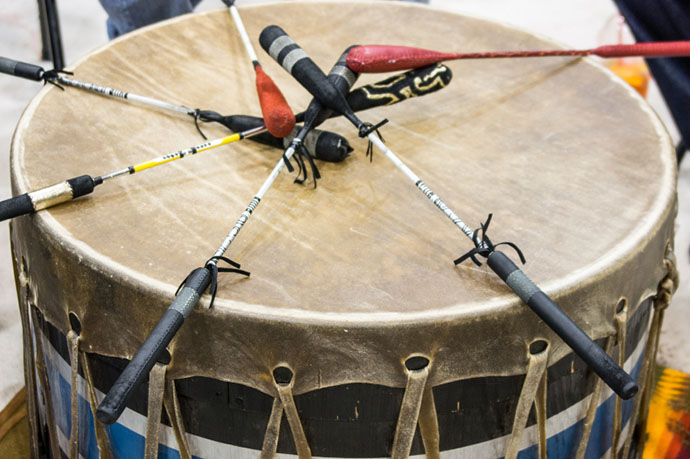 The National Action Alliance for Suicide Prevention (Action Alliance) is a public-private partnership that was formed to help reduce suicide in the United States and its American Indian/Alaska Native Task Force focuses on reducing suicide in among this population.

This toolkit will help community organizers take specific steps to change the conversation about suicide, spread awareness, and foster hope to help address suicide in their communities. Organizers are encouraged to host culturally tailored activities to promote hope, life, cultural connection, and community transformation. Examples of cultural activities can be found in “Ideas for Implementing Cultural Activities,” which is in the Toolkit Elements section below.

The purpose of the resolution was to request a U.S. presidential proclamation that a National American Indian/Alaska Native Hope for Life Day would be held each year on September 10, which is during Suicide Prevention Week. The resolution encourages collaboration with federal agencies, including the Department of Health and Human Services, Indian Health Service, Bureau of Indian Education and Bureau of Indian Affairs within the Department of Interior, and Department of Education. It also encourages collaboration with national Indian and non-Indian organizations and other groups. NCAI’s Health Subcommittee and Human Resources Committee deliberated, amended, and passed the resolution.

Although a presidential proclamation still has not been achieved, this resolution advances the strategy of engaging American Indian/Alaska Native communities in healing through National Hope for Life Day. The goal of the observance is to highlight the disparities in suicide between American Indian/Alaska Native people and other racial/ethnic groups in the U.S. in order to empower change and create hope in communities.

Tips and Ideas for Hope for Life Day Activities

Ready to Use Templates

988 Suicide & Crisis Lifeline
988 is the easy to remember three-digit dialing, texting, and chat code for anyone experience a suicidal or mental health related crisis. As the U.S.-based universal dialing code connecting individuals to the existing National Suicide Prevention Lifeline (now known as the 988 Suicide & Crisis Lifeline)—a network of local crisis centers throughout the country—988 increases the accessibility and use of life-saving interventions and resources.

When somone calls, texts, or chats 988 for themselves or someone they know who is in crisis, they will be connected to a trained crisis counselor 24 hours a day, 7 days a week, and 365 days a year who will listen compassionately and non-judgmentally. It's important to note that the previous 1-800-273-8255 number will always remain available to people in emotional distress or suicidal crisis and will connect them with the same Lifeline network.

Substance Abuse and Mental Health Services Administration (SAMHSA)
The Tribal Training and Technical Assistance Center offers training and technical assistance on mental and substance use disorders, suicide prevention, and mental health promotion for AI/AN communities. To Live to See the Great Day That Dawns is a guide to help AI/AN people develop effective and culturally appropriate suicide prevention programs. “American Indian and Alaska Native: Tribal Affairs” is a webpage with links to many national resources on behavioral health, including suicide, that are helpful for American Indian/Alaska Native people.

We R Native
We R Native is a website for and by Native youth on many health and mental health issues, including suicide. It includes both information and personal stories from Native youth. We R Native also hosts the Native Crisis Text Line, where anyone in crisis or needing help can simply text 'NATIVE' to 741741 and be immediatey connected with a trained crisis counselor. All support and resources shared will remain confidential.

One Sky Center
One Sky Center is a national resource center with a focus on improving prevention and treatment of mental health and substance abuse problems and services among Native people.