Developing and Delivering Effective Suicide Prevention Messaging: We All Play a Role! 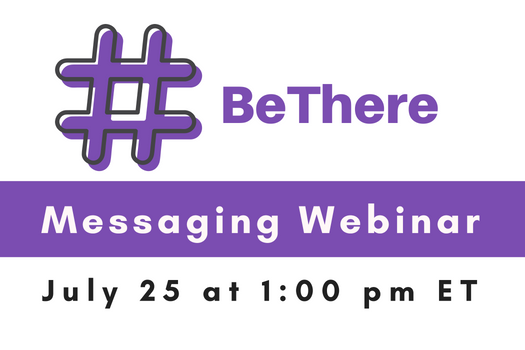 When publicly communicating about suicide, it’s important to:

Learn more about how to publicly message about suicide – especially about the role the public plays in preventing suicide – as you gear up for National Suicide Prevention Month/Week in September.

Messaging matters! Communications can be a powerful tool to promote resiliency, encourage help-seeking, publicize prevention successes, and encourage actions that help prevent suicide. It is critical to ensure that messages coming from the suicide prevention messengers are accurate, safe and effective so that they also shape and transform the public conversation. Positive and safe messaging can help individuals in crisis find the help they need and educate the public about how they can be involved in preventing suicide.

Research that shows the public is supportive of suicide prevention, but is less clear about how to take action. In addition to using best practices when crafting public messaging, it’s also essential your messages include a focus on how the public can take action to save lives.

As you begin planning ahead for Suicide Prevention Month/Week, the National Action Alliance for Suicide Prevention – the nation’s public-private partnership with over 250+ partner organizations – invites you to a webinar focused on suicide prevention messaging. The Action Alliance is committed to convening its various partners (both within the public and private sectors) to leverage opportunities for collaboration and alignment, which is why we will be uniting the field around a shared messaging effort in September to make an even bigger, coordinated impact and reach more people about the role the public has in preventing suicide.

Join us on July 25th for Developing and Delivering Effective Suicide Prevention Messaging: We All Play a Role! The webinar will highlight the Action Alliance’s Framework for Successful Messaging (an online resource that provides guidance and resources for messages disseminated to the public by suicide prevention messengers) and provide an overview about our collective #BeThere messaging efforts in September.

The webinar will provide:

The webinar will be an engaging dialogue with messaging experts. It is an opportunity to ask questions about messaging, learn about how you can incorporate helpful and action-oriented messages about the role the public has in preventing suicide, and share with others your messaging plans for suicide prevention month.

View the recording of the webinar