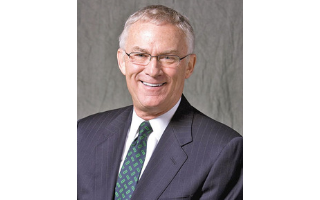 Robert W. Turner retired in October of 2015 after serving as senior vice president, corporate relations, at Union Pacific Corporation for over 15 years. In that capacity he was responsible for state and local government relations, community relations, corporate communications, public relations, corporate advertising, and media relations. He was also president of the Union Pacific Foundation. While at Union Pacific, he led the creation and introduction of the company’s Building America company-wide rebranding, an extensive reorganization of the company’s external relations activities, and a refocusing of its philanthropic activities. He served on the boards of the Greater Omaha Chamber of Commerce, the Durham Museum, the U.S. Bank Community Advisory Board, GoRail, and several other industry-related boards and committees. Union Pacific is North America’s leading freight railroad with operations in 23 States.

Turner continues to serve as the private sector co-chair of the National Action Alliance for Suicide Prevention, a trustee of Hiram College and on the Board of Trustees of the Abraham Lincoln Presidential Library and Museum Foundation. Prior to joining Union Pacific, he was vice president, public affairs, for Champion International Corporation. A native of Massachusetts, he is a graduate of Hiram College, in Hiram, Ohio.